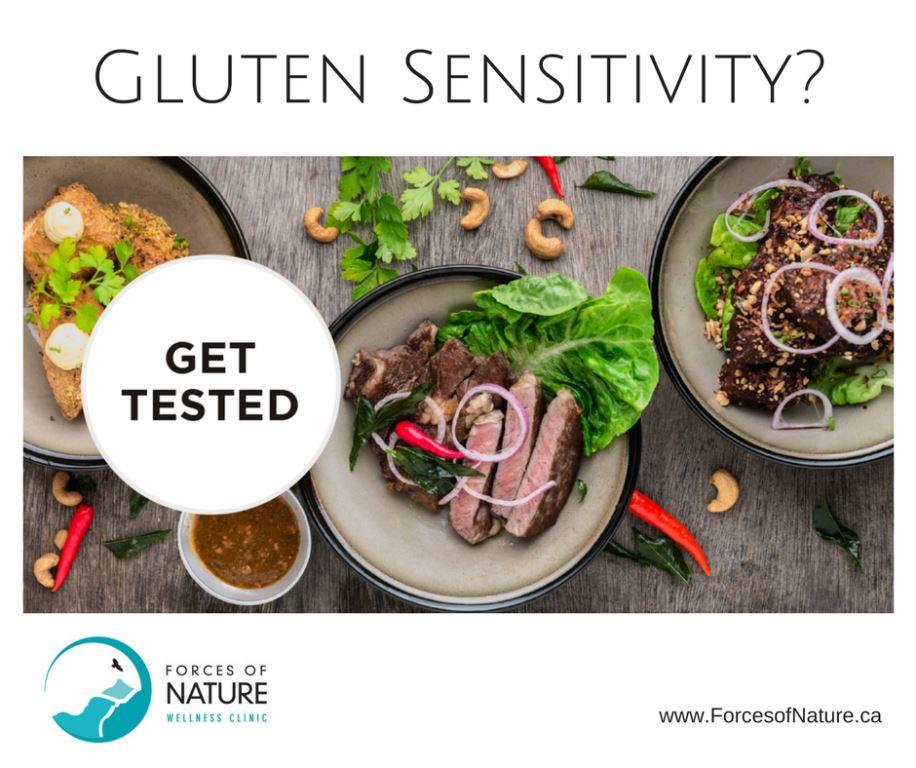 Contents hide
1 The Goods on Gluten-Free – Should You Try It?
1.1 What is gluten anyway?
1.2 Are most people allergic to gluten?
1.2.1 Celiac Disease Sufferers
1.2.2 Non-Celiac Gluten Sensitivity or Gluten Intolerance
1.2.3 Those with Other Gut Disorders
1.3 Symptoms of Gluten Intolerance or Sensitivity
1.4 What do I need to know to go gluten-free?
1.5 Foods that Contain Gluten

The Goods on Gluten-Free – Should You Try It?

One of the most talked about nutrition topics of the past couple of years has been whether or not gluten should have a place – or be forbidden – in our diets. Until recently, even the word ‘gluten’ would have been used almost exclusively in culinary, confectionary, and severe allergy professions alone. But, due to the recent increase in our understanding of gluten, its properties and health effects, the idea of going gluten-free has gained major popularity.  As an understandable result, this has left many people wondering whether or not gluten-free is the way to go in their own lives.

If you’ve been curious about going gluten-free, or if you’ve already experimented with gluten-free living, it’s important to have a good understanding of the basics so you can make informed decisions about the nutrition you and your family access.

What is gluten anyway?

Gluten is the name of a family of proteins found in wheat and wheat-related grains. Gluten itself is what enables foods made of grain flour ingredients to hold their shape. They act almost like ‘glue’ to give these foods texture and hold it together. It can be found in many foods, even where you might not expect it.

There are six big grains that are known as ‘glutinous grains.’ These include:

Things like bread and crackers, pastries, pasta, cereals, beer, soups and sauces (which could contain grains or flours as thickeners), brewer’s yeast, and food colouring are some foods and beverages that contain these grains and therefore naturally contain gluten.  Sometimes, gluten is also used in other foods to act as a binding agent to give texture and structure to other products.

Are most people allergic to gluten?

You may have heard that most people cannot tolerate gluten, or that grains today are different than the grains our ancestors used to eat. However, many studies have shown that in fact, grains and gluten are well-tolerated by the majority of people. That being said, there are three key groups of people who greatly benefit from removing gluten from their diets.

Celiac disease, suffered by 1% of people, is a condition of the immune system in which eating gluten triggers an intestine-damaging response. Symptoms of celiac disease are serious and uncomfortable and include abdominal pain, skin rashes, headaches, diarrhea, vomiting, and even unexplained weight loss. In cases of celiac disease, it’s imperative for the individual to remove all sources of gluten from their diets.  Also, people with Celiac disease should remove gluten in the form of personal care items.  Some unlikely sources of gluten can include lipsticks and balms, body and hand creams, and cosmetics which could introduce trace amounts of gluten that would trigger a reaction.

Those with Other Gut Disorders

There’s still a third group of people who also benefit from removing gluten – those who suffer from other gut-related illnesses such as IBS (irritable bowel syndrome), Crohn’s disease, and ulcerative colitis and who require a FODMAP diet. FODMAPs are a group of small carbohydrate molecules found in all kinds of foods. While they are extremely common, they may be poorly absorbed in the small intestine of some people with already compromised digestive functions. Taking out glutinous foods is a key way to relieve one of the strains on a weakened digestive system because it naturally removes the FODMAPs that cause them to begin with.

Symptoms of Gluten Intolerance or Sensitivity

If you experience any of the following symptoms, particularly after eating something that contains gluten, you may have a gluten intolerance:

What do I need to know to go gluten-free?

Whole grains do contain a number of important nutrients, such as fiber, iron, calcium, magnesium, zinc, folate, niacin, riboflavin, vitamin B12, and vitamin D, and some protein. So when deciding to remove gluten-containing whole grains from your diet, be sure create a robust diet that can replace these, and/or take supplements to ensure that you don’t develop a deficiency.

Know too, that many gluten-free substitutes like cookies, brownies, and bread usually contain higher levels of fats, sugar, and salt than their conventional counterparts. If you crave the comfort of baked goods or cereals, we recommend creating your own gluten-free versions at home with almond flour or coconut flour for the healthiest alternative.

Also, if you intend to be tested at some point for gluten allergy or sensitivity, you need to be currently eating gluten to be accurately tested.  If you go gluten-free and feel fantastic, you may be reluctant to go back to eating gluten in order to get tested properly.

Aside from foods made from rye, wheat, spelt, kamut, barley and triticale, there are a number of other foods where you may unintentionally encounter gluten.  Watch out for soy sauce, imitation crab meat, soups, stews, sauces, sushi, Chinese food, breaded foods, bread, cookies, cakes, muffins, crackers, buns, crusts, pancakes, ice cream (think cookie dough!), desserts and many other flour containing products.  If you are serious about being gluten-free, you really have to read labels or prepare your own food.

Going gluten-free will take time, patience, and practice – we know, because we’ve helped dozens of families do it with success! Sometimes you don’t even realize how much gluten is affecting your system until you eliminate it. Check our Facebook page where we feature monthly gluten free recipes and you’ll find a few tried and true favourites to get you going.  There are also lots of gluten-free recipes on our website here.

If you suffer from symptoms such as constant stomach pain, headaches, bowel issues or other symptoms that could be related to gluten sensitivity, please book an appointment so we can properly test you for celiac disease. We want to make sure you’re living your healthiest life possible! If not, but you’d still like to explore the health benefits of removing gluten, we’d love to help you make a plan to get your health back on track by managing your gut health.

For more advice on going gluten-free, optimizing your diet or checking for food sensitivities like gluten, see one of our naturopathic doctors.   Book an appointment here or call us at 416-481-0222.

To your good health,

The team at Forces of Nature Wellness Clinic